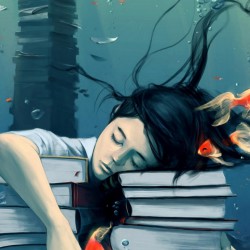 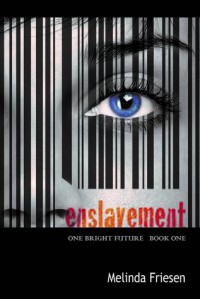 Set in the future, after our world has gone through an economic disaster and been rebuilt with a new government and a mandatory type of currency, this book felt more like a realistic fiction piece than a dystopia.  The world is basically the same as it was before, but with the difference of everyone needing to be chipped and that's how things are paid for.  Like any government, you have those for it, those against it and those that take things as they are without thinking into it.

The story and characters the author has presented is some ways parallel that of history. People are enslaved because they are different, being bought and sold like a commodity, stripped of ;basic rights and liberties and made to act a certain way by their owners.  This story is told from the POV of a teenage girl, Rielle, on the brink of adulthood, whose parents refused to conform to what they government wanted and in turn the government has torn the family apart.

Put into the job as a housekeeper, Rielle does what she is told to do with a small bit of defiance on her own part that carries it's own weight.  The reader learns the daily toll of those who are Contracts for the Banker.  We also learn secrets along that way that creates a heavy burden on those with them.  Each character has his or her own story which comes out in bits and pieces here and there.

This was an interesting read.  It really made me think about different things.  It also drove me a bit crazy because Reille didn't really put up a fight.  She put up walls and eventually let certain people in, who helped guide her to the end result, but I felt there should have been more action from her.

I recommend this to anyone who likes to read books about where our society could find itself in the future.  The way our lives could change due to crooked politicians and government dangling a carrot in our faces at times of major upheaval and the outcomes of that.  A very insightful book from a debut author.  I look forward to reading more in this series and whatever else the author writes.